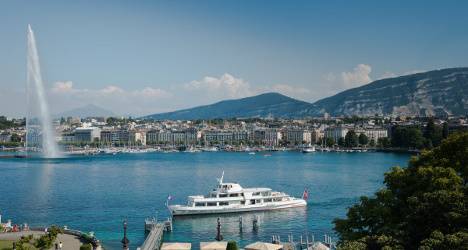 Geneva took home the award for the second year in a row. Photo: Olivier Miche/Geneva Tourism

The Swiss city beat off competition from nominees including Athens, Paris, Rome, Madrid and London to win the award for the second year running.

In presenting the gong, the World Travel Awards acknowledged Geneva’s tourism assets including its high quality accommodation and tourism experiences.

“This prize endorses our strategy of developing touristic products with high added value, such as the creation of various packages aimed especially at short-stay visitors”, added Vincent Dubi, Marketing Director.

Around 250 industry figures attended the ceremony in Sardinia on Saturday to see the winners in the European categories announced.

Now in its 22nd year, the World Travel Awards honour excellence across all sectors in the travel industry.

They are determined by an online vote by travel professionals and consumers around the world.

The award is good news for Geneva which, despite its many attractions, is also known as one of Europe’s most expensive cities for tourists to visit.

Earlier this year a survey by GoEuro found Geneva to have the world’s most expensive beer.

Another survey by booking website hotels.com found Geneva to be the priciest place in the world to order a burger and fries at a hotel.

In May research from UK-based No. 1 Currency placed Geneva top of the list of the world’s most expensive cities to take a taxi from the airport to downtown.