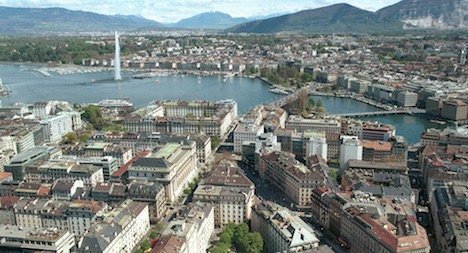 The limousine chauffeur has been unable to gain access to the two-room apartment because it was fraudulently rented to the family, according to Le Courrier newspaper, which first reported on the case earlier this week.

The man, identified as Anis, told the newspaper he travelled to Tunisia for several months to attend the funeral of his father and the birth of his daughter.

Before he departed in May, he left keys to the apartment with an acquaintance, who agreed to pick up the mail and look after the place as insurance against possible break-ins.

But when Anis returned in August he discovered the person with whom he had placed his confidence had sub-let the apartment to a Bolivian family, Le Courrier reported online.

The family, who paid a 1,200-franc deposit, plus 1,200 francs for the first months’ rent to Anis’s acquaintance, jumped at the opportunity when they saw the apartment advertised on the Internet, the newspaper said.

But it turned out the one-year sub-lease they signed was fake and the man they paid money to — who falsely used Anis’s identity and changed the locks — has disappeared.

The family contacted police after discovering Anis’s passport in the apartment along with a receipt for the actual rent of the apartment (868 francs a month) but officers told them there was nothing they could do.

To compound the difficulties, another family showed up with keys to the flat claiming to have a sub-lease agreement to live there, according to the Courrier report.

This family also said that they had bought the furniture in the apartment, while the Bolivians were told they could have it for free after they declined an offer from the fraudster to buy it, the report said.

The property management company (régie) responsible for renting out the apartment initially accused Anis of sub-letting the apartment without permission, 20 Minutes newspaper reported online on Thursday.

Upon learning what happened, the régie sent a letter to the Bolivian family asking them to leave, the newspaper said.

But the family’s lawyer said they will not leave until an “acceptable solution” is found for his clients who were among the multiple victims of the fraud, 20 Minutes said.

Anis has filed a complaint with Geneva justice authorities and the Geneva court for leases and rents has set a date of October 7th to consider the matter,

“My wife and my baby arrive at the end of September, I want to be able to welcome them!”

Property lease legal experts told the newspaper that it may be many weeks before Anis can legally return to his apartment.

The court for leases and rents cannot deal with a fake sub-lease contract, so the case will have to be referred to another court, they said.

The unfortunate event is a symptom of Geneva’s tight accommodation market, one lawyer said.