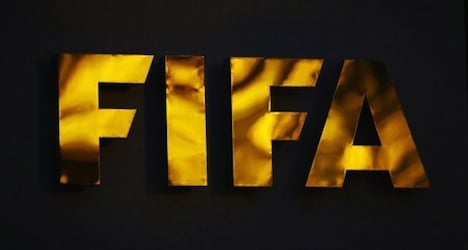 Esquivel was arrested in Zurich on May 27th as part of a US-led investigation into corruption at world football's tainted governing body Fifa, which is based in Zurich.

The former Venezuelan Football Federation president and South American Football Confederation (Conmebol) official, who has been in prison since May, has 30 days to appeal the decision to the Swiss Federal Criminal Court, the justice department statement said.

Esquivel is suspected of “accepting bribes for the award of sports marketing contracts” which “massively influenced the competitive situation and distorted the market for media rights in connection with the Copa America”.

“Other sports marketing companies were placed at a disadvantage, and the affected football federations were prevented from negotiating more favourable marketing agreements,” the justice department said.

“In Switzerland, such conduct would be deemed unfair practices under the Federal Act on Unfair Competition.”

The justice department said that all conditions for extradition had been fulfilled, namely that “the facts laid down in the US extradition request are also punishable under Swiss law”.

Esquivel was one of seven Fifa officials attending the Fifa Congress in Zurich on May 27th that were arrested as a major corruption scandal engulfed the world football governing body led by Switzerland's Sepp Blatter.

Those seven were among 14 people charged by US authorities over more than $150 million in bribes given for television and marketing deals.

Despite the arrests, the presidential election went ahead at the Congress and Blatter won a fifth mandate, although the 79-year-old then announced he would be standing down with a new election scheduled for February.