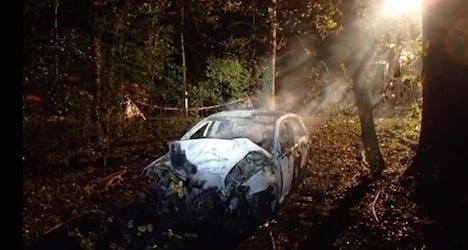 The seven people squeezed into a Volkswagen Golf to travel from a bar in the municipality of Rheinfelden to an apartment of one of the men, just a five-minute drive away, the SonntagsBlick newspaper reported online.

But the vehicle crashed into a lamp standard en route shortly before 3.20am on Saturday, the weekly said.

Aargau cantonal police said four of the dead men were local residents, while a fifth was a tourist from Serbia.

The injured women, aged 24 and 34, were reported in stable condition after being rushed to a hospital in Basel.

Axel Pierach, the former president of a local district association, indicated to Blick that the vehicle was speeding in a 40 km/h zone.

“If you comply with the prescribed 40 km/h that (the crash into a lamp post) cannot happen,” he said.

Questions were also raised about why seven people got into the small car.

“My daughter ordered a taxi instead,” the mother of a woman who was planning to join the group at the apartment told Blick.

“That only cost ten francs,” she said.

“Why the others didn’t take a ride (in the taxi) — I cannot explain it.”

The woman added that her daughter passed the burning wreck of the Golf while in the taxi.

“She is in shock, needs psychological counselling,” she said.