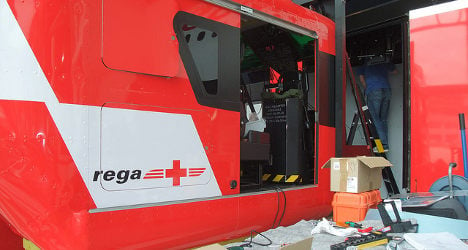 The men were rushed to hospital by ambulance but did not survive. Photo: Kecko/Flickr

The two men who ran a refrigeration firm were found unconscious in the unit by a third person.

They were rushed to hospital by helicopter but did not survive, police said.

Police said the men were not trapped in the unit, and they hadn’t frozen to death. However, rescue workers had to use oxygen tanks when entering the tank.

“It was a work accident,” authorities said.

An inquest has now been opened to investigate the cause of death.

The refrigeration unit involved was being used for cold storage of apples.