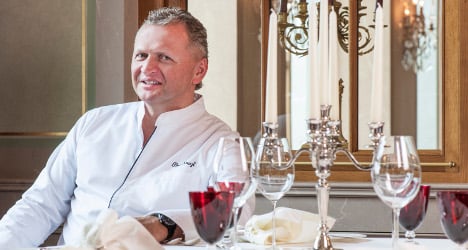 German chef Knogl, who arrived to run the Cheval Blanc restaurant at the famous Basel hotel in 2007, achieved his first star by the end of that year and his second a year later.

The 47-year-old now joins only two other chefs in Switzerland – Benoît Violier at the Hôtel de Ville in Crissier and Andreas Caminada at the Schloss Schauenstein in Fürstenau – in holding three Michelin stars, generally acknowledged as the highest accolade possible for a chef.

He praised the chef’s “refined ideas” which make dining at his restaurant “a unique experience”.

Reacting to the achievement, Knogl said it was “a life-long dream come true”.

In total Michelin awarded 116 restaurants one star or more in the 2016 guide, one fewer than last year.

The impressive haul means Switzerland retains its status as the most Michelin-starred nation per capita in Europe.

“The choice of our inspectors, who work independently and anonymously, confirms once again for 2016 the high level of Swiss gastronomy and reflects the huge culinary diversity in the country,” said Ellis.

Among the 95 restaurants receiving one Michelin star, 13 are newly-starred, including Geneva’s La Bottega, Eligo in Lausanne and modern Japanese Yu Niyo at the Kameha Grand Zurich hotel.

Meanwhile 14 restaurants have lost the star they held last year.

The publication of Michelin’s 2016 guide to Switzerland comes hot on the heels of rival guide GaultMillau, which announced its 2016 rankings earlier this week. 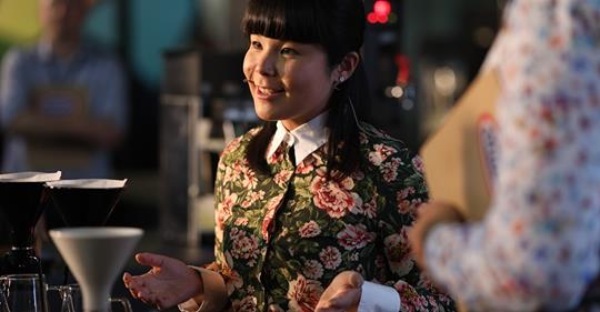 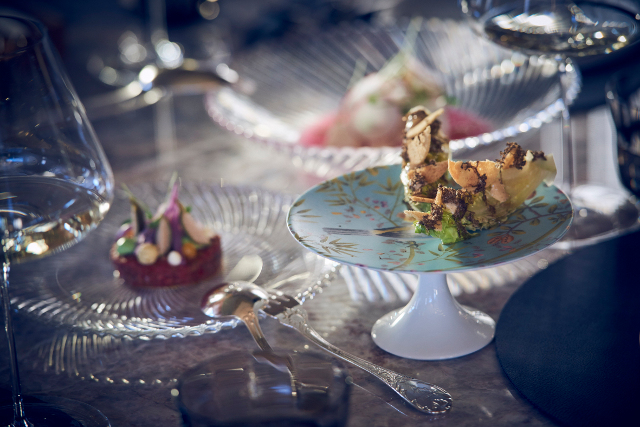 Until 2014, Emi Fukahori, originally from Japan, liked coffee “in the same way everyone else does”.

But that year she visited a roastery in an event organised by the expat meet-up group Coffee Club Zurich. It was, she says, a “turning point”.

“I had no idea what it was all about but I was fascinated by the professionalism and the seriousness of the baristas,” she tells The Local.

Over the coming months, Fukahori dedicated herself to all things coffee. She continued to work in tourism – she studied hotel management in Lucerne – but gave over her evenings and weekends to her new passion.

Her intensive training included membership of a program for young coffee brewers run by a Zurich barista. He encouraged Fukahori to compete in competitions as a way to learn more, and in 2015, she was named Swiss Barista Champion.

Just three later, she has been named the world’s top barista in the filter coffee category at the recent Brazil International Coffee Week.

Along the (rapid) way to the top, Fukahori met her French partner, fellow competitive barista and Swiss Barista Champion Mathieu Theis.  “We got to know each other through coffee, although he is more geeky about it all than me” she explains.

Fukahori and Theis went on to open a café, MAME, in Zurich’s Kreis 5 district which aims to make speciality, or single origin, coffee accessible to everyone.

“It was tough at the beginning, but we have been lucky. We happened to open at the right time” she says modestly.

“The food and beverages scene has really improved in Zurich in the last two years, and we have seen more and more people interested in what we do. Before that, it was more like people went to a restaurant because they were hungry.”

Meanwhile, MAME has gone from strength to strength. A second location has opened in Seefeld and the original venue recently came second in the top ten ranking of Switzerland’s best bars and cafés by prestigious French guide Gault et Millau.

Asked for her own café recommendations in Switzerland, Fukahori gave a special mention to Zurich’s COFFEE in the Kreis 4 district “which we measure ourselves against”.

“They have a nice mixture of coffee and food and a really well-done brunch,” she says of the place run by a chef and a coffee roaster.

Fukahori also recommends Café frühling in Basel where the owners work together closely with coffee producers towards sustainable production.

Read also: This is the best hotel in Switzerland (according to Gault et Millau) 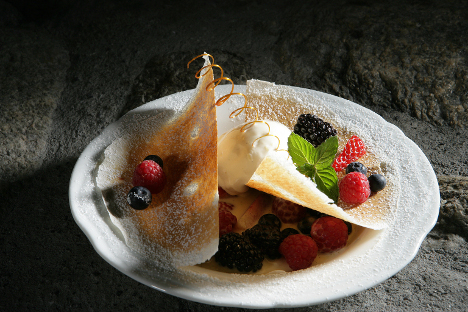 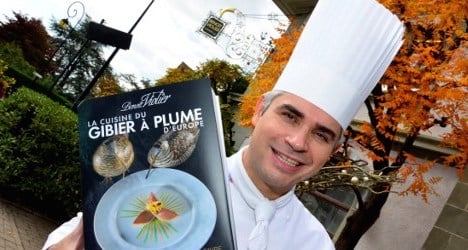