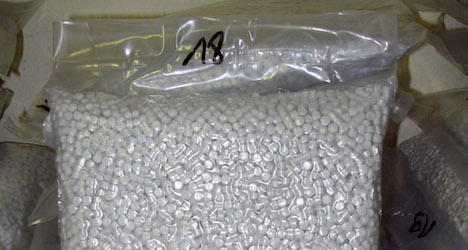 The 40-year-old from Uster, in the canton of Zurich, was arrested last November during the course of a routine road traffic check when police officers discovered two suitcases containing nearly 10 kilograms of amphetamines in his vehicle, reported 20 Minutes.

Under questioning at the police station, the man admitted to being a drug dealer.

A further eight kilos of amphetamines and 739 ecstasy pills were subsequently found at his home.

At his trial on Thursday the man was accused of selling a huge quantity of drugs in Zurich nightclubs between July 2013 and November 2014 with the help of an accomplice.

The pair had imported the drugs from the Netherlands, the court heard.

Speaking at his trial, the 40-year-old told judges he had “underestimated the magnitude of it all”.

As well as seven years in prison, the man was ordered to pay 100,000 francs to the canton of Zurich.