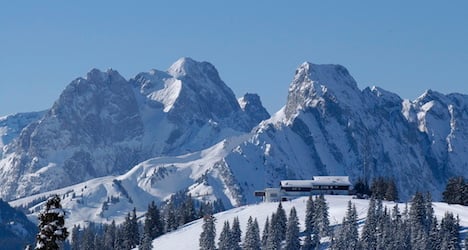 But Bertarelli’s plans have already met with opposition from locals, including two-time giant slalom world champion Mike von Grünigen, who learned to ski at the area near Schonried in the canton of Bern, the Blick newspaper said online on Sunday.

Bertarelli, 50, a resident of Gstaad, plans to demolish the cable car installation and build a luxury lodge under a proposal that has been approved by local municipal authorities, the newspaper said.

“It is a pity that the gondola is to be demolished because the Rellerli is one of the most beautiful mountains in our region,” Von Grünigen, 46, told Blick.

Emanuel Raaflaub, chairman of the Gstaad ski lift company, acknowledged that “it hurts” to sell part of the lift network, the newspaper reported.

But the company, which lost three million francs last year, “has too many (cable) cars and too few guests”, Raaflaub said.

He said the Rellerli lift would operate until 2018 then the mountain station, at an altitude of 1,837 metres, would be rebuilt.

“We have a clause that the resort (planned by Bertarelli) will remain partly accessible to the public.”

The sale of the Rellerli lift is part of a 60-million-franc rescue package for the Gstaad lift company that will be voted on next week.

The deal is also subject to approval by the canton of Vaud.

Bertarelli, an Italian-born Swiss businessman, made a fortune estimated by Forbes magazine this year at $8.3 billion after he and his family sold the Serono pharmaceutical company inherited from their father to German company Merck.