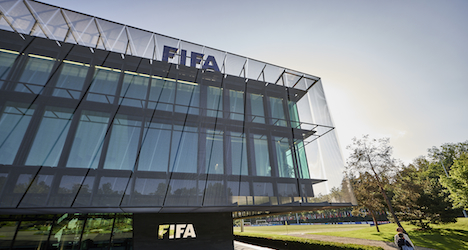 In a statement, world football's governing body again backed an extraordinary elective congress to be held in Zurich on February 26th 2016, when there will be a vote for a new president.

It means potential candidates have until Monday to register their interest in running for the most powerful job in football to replace Blatter, 79, who has been in charge since 1998.

Football's governing body has been in chaos since October 9th when the ethics committee suspended both current president Blatter and UEFA president Michel
Platini for 90 days due to an ongoing investigation.

Prince Ali bin al Hussein, who lost to Blatter in May's election, and former Trinidad and Tobago captain David Nakhid have officially stated their intention to run, as has Platini.

But the executive committee confirmed Platini's bid will not be considered as long as he is suspended.

Chairman of the Fifa Electoral Committee, Domenico Scala, explained “presidential candidacies submitted in due time and form, but which relate to candidates who are subject to a (provisional or definite) ban from taking part in any football-related activity, will not be processed . . . as long as such ban is valid and in force.”

But Scala left the door open for Platini by adding that should his ban be lifted or expire before the February 26th election, the Electoral Committee “would decide, depending on the respective exact point in time, on how to proceed with the candidacy concerned.”

A source close to Platini welcomed the news.

“This is rather good news.,” the source told AFP.

“The election committee could have buried the nomination of Michel Platini,” the source said.

“We have the feeling that the election committee has not killed Michel Platini.”

Platini, the UEFA president, was considered the favourite to replace Blatter until his suspension.

His chances nosedived as neither he nor Blatter can explain an irregular payment of two million Swiss francs ($2 million) made in 2011 for advisory work the Frenchman did for Fifa from 1998 to 2002.