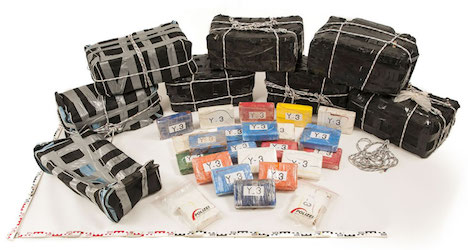 The drugs, amounting to 191 kilograms of cocaine, were found in the container two and a half weeks ago after it was off-loaded in Birsfelden, cantonal police said in a statement issued on Wednesday.

The container had been loaded in Santos, Brazil and transported by ship to Antwerp, Belgium before being transported to Switzerland, the statement said.

An initial investigation and inquiries with Belgian law enforcement officials indicate the drugs were probably not intended for the Swiss market and should have been unloaded before the container’s transfer to Birsfelden, police said.

The 90 percent pure cocaine was seized by the public prosecutor of Basel-Country.

Basel-Country police said it was on the largest cocaine seizures ever made in Switzerland.