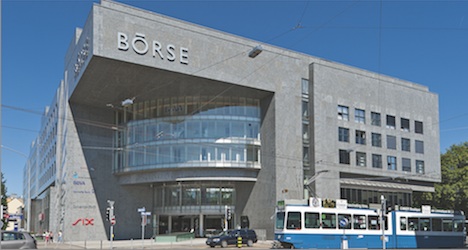 Transocean, the offshore oil and gas drilling services company based in the canton of Zug, said the company would remain incorporated in Switzerland.

But its shares would be listed and traded only on the New York Stock Exchange, it said in a press release.

Transocean said it expects the the SIX Swiss Exchange (SIX) authorities to approve the delisting application before the end of the year to take effect in the first quarter of 2016.

The company did not cite reasons for the delisting.

Transocean began listing its shares on the SIX Swiss exchange in June 2010, while it was embroiled in controversy over the explosion of its Deepwater Horizon oil rig in the Gulf of Mexico earlier that year.

Eleven people died in the explosion that caused massive pollution.

At the time of the listing, the company noted that it had moved its headquarters to Zug in 2008 and it believed trading its shares on the Swiss bourse would be an “excellent way” to increase interest in the company among Swiss and European investors.

The company became a part of the Swiss Market Index of top Swiss companies although its shares have steadily dropped.

The planned delisting follows a year of tumult for the company, which posted a loss of almost $2 billion in 2014.

Steve Newman, president and CEO of the company, stepped down in February as observers blamed him for making “strategic errors” by expanding deep-well drilling operations before oil prices plunged.

Jeremy Thigpen, a former executive with National Oilwell Varco, replaced him in April.