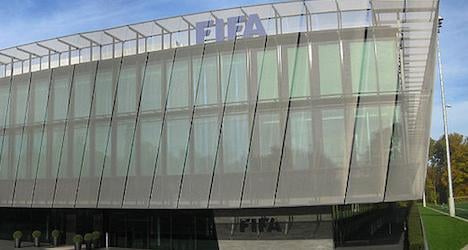 The multinationals are reportedly angry that they have not been given places on Fifa's reform committee.

They have in the past threatened to review their football deals.

In October, Carrard's panel proposed limiting president terms at 12 years and barring those over 74 from serving on the executive.

It also suggested the pay package of top officials be published annually and independently audited.

The executive committee will decide whether to send the reform package for adoption at a special Fifa congress on February 26th, when Blatter's replacement will be chosen.

Sponsors expressed concern over the reform measures being undertaken by Fifa.

“We urge you to embrace positive changes and also recognize that this is just one step toward creating a credible future for Fifa,” the sponsors said in a letter to the world body.

“Transparency, accountability, respect for human rights, integrity, leadership and gender equality are crucial to the future of Fifa.

“Reforms can set the proper framework for these characteristics, but a cultural change is also needed.”

A Fifa spokesman said in response that sponsors had already played “an important part” in the Fifa reform committee and that they would “continue to play an important role in the reform process.”

Other groups also doubt the Carrard panel, dominated by officials nominated by regional confederations, will be able to press through convincing reforms.

“What is actually needed is an independent set of executives that have no ties in world football, walking in and cleaning this place up,” said Declan Hill, author of “The Fix: soccer and organized crime”.

The Transparency International activist group's chief Cobus de Swardt predicted Carrard's committee “will likely avoid taking some hard decision
about changing the way Fifa does business”, because doing so could affect the committee members themselves.