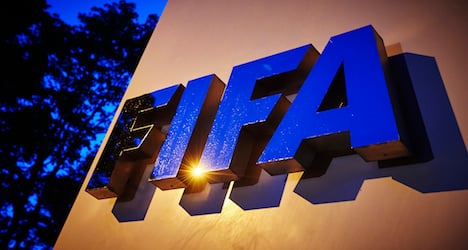 In a statement, Fifa said the committee agreed to the reforms as part of broader measures aimed at restoring credibility to the scandal-hit organization.

The Reform Committee, chaired by Swiss lawyer François Carrard, proposed introducing “maximum term limits of three terms of four years for the Fifa president as well as all members of the Fifa Council, the Audit and Compliance Committee and the judicial bodies.”

Current president Sepp Blatter was voted in for a fifth term at the helm of Fifa, having first won election in 1998.

Blatter, who was suspended while facing a criminal investigation, has said he will stand aside in February.

His predecessor Joao Havelange was in office for 24 years.

However, there will be no age limit for aspiring presidents.

“The age limit by definition is arbitrary,” Carrard said at a press conference on Thursday.

“What is important is to ensure renewal of terms,” he said.

That is why we reached absolute consensus,” added Carrard, who called the introduction of a maximum three terms as “realistic, sound, fair.”

The reform proposals also include bringing in transparency on salaries.

Carrard called for “disclosure on an annual basis” of the “individual compensation” of the organization's president, council members, secretary
general and chairpersons of both independent committees and judicial bodies.

In addition, the reforms call for greater diversity with the promotion of women “an explicit statutory objective.”

Integrity checks will also be “compulsory and comprehensive” for all members of Fifa's standing committees.

The programme of reforms must get the approval of the 209 member federations at Fifa's extraordinary congress on February 26th.

However, Carrard said the Executive Committee had shown “impressive unanimity to approve a package of reforms.

“It is impressive to see all members, without any exception, showing determination to carry out this reform process,” he said.

“The next step will be the congress in February.”