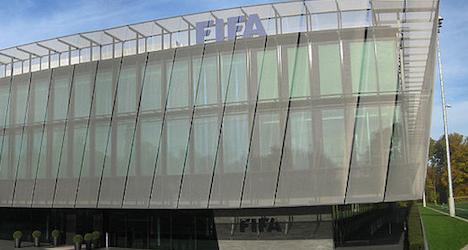 Unleashing the Swiss-developed programme which can analyze thousands of accounts in double quick time highlights the lengths now being taken to track doubtful money transfers in world football.

“It particularly looks for accounts which have multiple holders,” said the source close to Fifa.

The software flags the names of people whose name is on an account but he or she is not the primary holder.

“It can analyze thousands of accounts very quickly and flag up any suspect transactions,” said the source, who spoke on condition of anonymity because of the sensitivity of the Blatter-Platini case.

Fifa president Blatter and vice president Platini were both banned for eight years on Monday by Fifa's ethics court because of irregularities in the two-million-franc ($2 million) payment made in 2011.

The two officials say the money was transferred to pay for consultancy work carried out between 1999 and 2002.

Blatter and Platini said an oral contract for a yearly fee of one million Swiss francs was agreed but the full salary was never paid.

The ethics tribunal said in its judgement that there was “no legal basis” for the payment and that the two officials were guilty of “abusive execution” of the positions within Fifa.

The source said the Fifa action was “quite exceptional” because of the standing of the targets.

Former US prosecutor Michael Garcia had carried out an investigation of the award of the 2018 World Cup to Russia and the 2022 World Cup to Qatar.

But the $2-million payment was not included in the Garcia report's evidence and only found later by the software, the source said.

The payment is being investigated by Swiss prosecutors and this could further delay the publication of the Garcia report.

Fifa had said it could not release the report in whole because of legal reasons.

“It has not been finalized whether the Garcia report will now be published,” the source said.

“There need to be checks made with Swiss prosecutors in Bern to see whether its release would interfere with evidence in ongoing cases.”

The source said Platini and Blatter will have ten days from the announcement of the ban to appeal.

The ban from all football activities around the globe means Blatter cannot enter Fifa headquarters in Zurich, speak on behalf of Fifa, which he led for 17 years, nor write on Fifa headed paper.

Platini is precluded from working as a commentator at the European Championship in France next year, which he helped organize, and cannot sit in the VIP area of any football stadium.

Both men can only attend football matches as paying spectators.