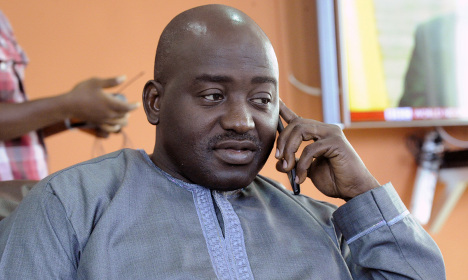 Bility was barred from entering the race to succeed Sepp Blatter after he failed to pass integrity checks. Photo: Zoom Dosso/AFP

Bility was barred from entering the race to succeed Sepp Blatter in the election to be held in February after he failed to pass a series of integrity checks.

CAS said in a statement that it had “dismissed” Bility's appeal.

“At the request of Mr Bility, and with the agreement of Fifa, an expedited procedure was put in place to enable a final decision on the merits to be issued before the end of 2015,” said CAS, a panel of whose arbitrators held a hearing with the parties on December 23rd.

Blatter, who is serving a 90-day suspension, has already announced he is stepping down from the presidency he has held since 1998.

Uefa president Michel Platini is also hopeful of succeeding Blatter but he too is also currently serving a 90-day ban.