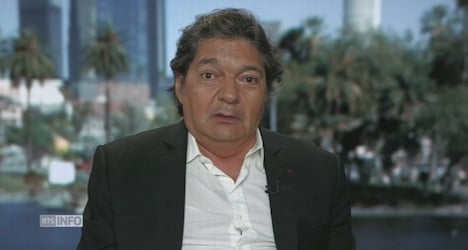 Le Temps newspaper on its website said on Monday that Dominique Warluzel, famous for representing French celebrities in court cases, was detained after allegedly firing a handgun at a woman care giver at the luxury Hôtel La Reserve at the weekend.

The incident occurred on Saturday following a dispute at the five-star hotel, where Warluzel was receiving medical care in a suite, the daily said in an online report.

The woman was not injured but a bullet lodged in the frame of a door, the newspaper said.

Warluzel, 58, suffered a debilitating stroke in 2013, two years after moving to the Bahamas and has been undergoing treatment since then.

He has denied wanting to kill the woman, maintaining that he intended to frighten her and show her that he was not happy with her services, Le Temps reported.

Geneva authorities have ordered him detained provisionally for a period of up to three months while an investigation into the incident proceeds.

Warluzel has acted as a legal representative for such French movie stars as Isabelle Adjani, Christophe Lambert and Alain Delon.

But he also became famous as a TV presenter and co-creator of a series of programmes devoted to French cinema.