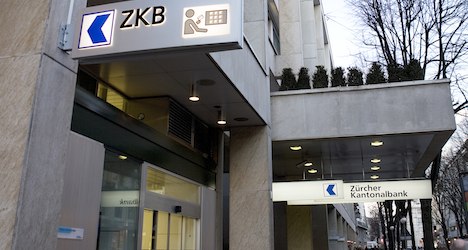 Communist lawmaker Miloslav Ransdorf reportedly entered a branch of the Cantonal Bank of Zurich on December 3rd, accompanied by three Slovak nationals, and sought information about the account.

Confirming information published by the NZZ newspaper, a spokeswoman for the Zurich prosecutors office told AFP that Ransdorf was being probed for presenting false documents.

Employees at the bank were sceptical of Ransdorf's paperwork and called the police, who arrested the four men.

“Mr. Ransdorf spent a night in the police station,” along with two of his alleged accomplices, the spokeswoman said, but the lawmaker quickly returned to the Czech Republic following his release.

The third accomplice was held until December 22nd, she added.

According to Czech media reports, cited by NZZ, Ransdorf has claimed that he was acting on behalf of a Czech heir to a Swiss fortune.

Ransdorf said this supposed heir, who had been previously convicted of fraud, was unable to obtain information about the account.

The European lawmaker said he was simply trying to help and sought no financial gain from the account.

No information has been given about the identity of the account holder.

The prosecutors spokeswoman said “many national and international procedures were ongoing” in connection with the case.