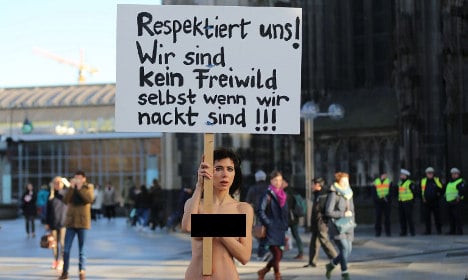 Police officers did nothing to stop the naked protest outside Cologne cathedral. Photo: AFP

“Respect us! We are not fair game, even when we're naked,” Moiré's sign read.

The 32-year-old Düsseldorf-based artist and model stood on the square outside Cologne's world-famous cathedral for around 20 minutes on Friday morning, watched by members of the public and a few police officers, who joined the group of onlookers but took no action against Moiré.

“I stand for women's freedom to move freely. For the things we've achieved in the past 50 years – for women's emancipation,” Moiré told German newspaper Bild.

“I don't want people to trample on these values and for women to have to adapt themselves. Women must be able to live their values of freedom, with self-determination and self-awareness,” the controversial artist said.

Asked why she had decided to protest naked, Moiré said “I am firmly convinced that women will no longer be treated as sex objects when a naked woman is treated with as much respect as a clothed one.”

Moiré's demonstration was a reaction to the mass sexual assaults committed against women on New Year's Eve by men police and eyewitnesses said were mostly of an Arab or north African background.

A number of arrests have been made since the wave of crimes around Cologne's main train station and cathedral, with city and federal police saying they are investigating dozens of men, many of whom are asylum seekers.

“I have no tolerance for what happened and how things have gone afterwards. I immediately felt as if I were being addressed. This is my first explicit political statement,” she went on.

“Women should behave as normal and not allow themselves to be intimidated.

“It's now politicians' job to take steps such that this never happens again.”

Moiré, born in Switzerland and of Spanish and Slovak origin, has a record of naked public appearances, presenting a project called “Naked Selfies” at Art Basel in June 2015 where she photographed herself naked in the streets of the Swiss city with members of the public.

She was also arrested in France last year after posing for naked pictures at the Trocadero, a central Paris spot famous for its view of the Eiffel Tower. 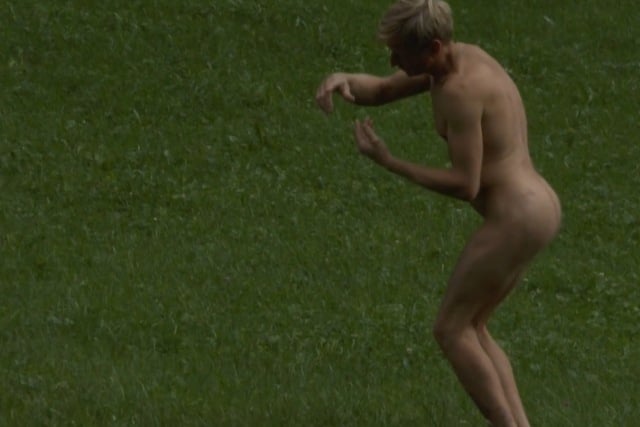 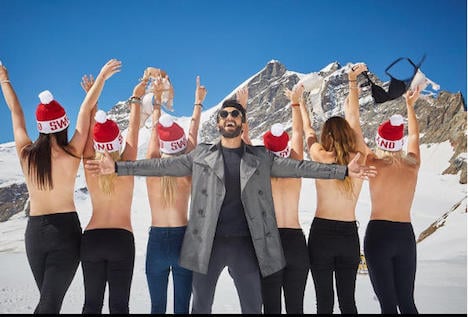 TOURIST
Tourists bare all for Top of Europe photos
Url copied to clipboard!