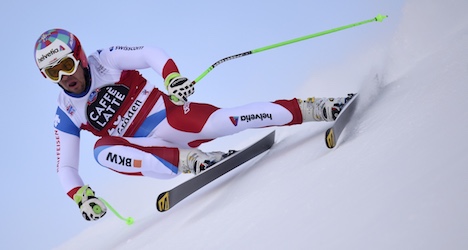 Viletta is out for the season. Photo: Olivier Morin/AFP

Viletta, who turns 30 later this month, picked up the injury during a training session for the downhill at Val Gardena, Italy in mid-December.

“The bone bruising is painful, particularly when I'm in bent positions which are crucial for competitive skiing,” explained Viletta, who will now prepare for the 2017 world championships at home in St. Moritz.

His absence is a new blow for the Swiss team after world downhill champion Patrick Küng called a premature end to his season last week because of persistent knee pain.