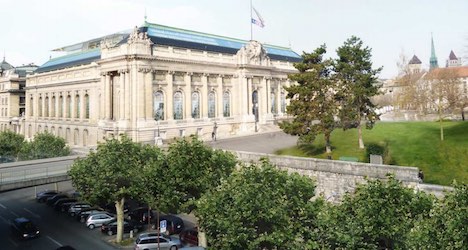 The Museum of Art and History is regarded as one of Switzerland's three most important museums. Photo: City of Geneva

The long planned project, featuring a design by French architect Jean Nouvel, has faced opposition from a coalition of heritage advocates, fringe politicians and a disparate group of intellectuals, architects and journalists.

But at a press conference, the city and canton’s leaders gave their unanimous support to the plan, which will be submitted to a cantonal vote of citizens on February 28th.

François Longchamp, president of the Geneva government, said the exciting and “audacious” project was an historic cultural opportunity that would not present itself again any time soon, the ATS news agency reported.

Sami Kanaan, the executive city councillor responsible for culture, said the plan would allow for the renovation of a rundown museum building more than 100 years old.

But it would also expand the display areas by 52 percent to allow more of the MAH’s collection to be shown to the public (only 1.5 percent of its can be currently displayed at any one time), Kanaan said.

And the third objective of the project would be to transform the building into a lively meeting place capable of attracting more members of the public.

Kanaan said the private sector has pledged to provide 67 million francs to cover more than 51 percent of the cost, money which will be lost if people vote down the project.

The city plans to kick in 64 million francs.

Among the private supporters is Jean Claude Gandur, a wealthy businessman and collector, whose art foundation has pledged 40 million francs toward the project.

The involvement of the private sector has drawn opposition, with critics saying the city will lose control over the museum.

Heritage groups, meanwhile, are opposed to Nouvel’s design, which calls essentially for the insertion of a glass cube in the interior court of the museum to expand floor space.

Other opponents question the costs for the project, which they believe will go significantly over budget, although this is contested by municipal officials.