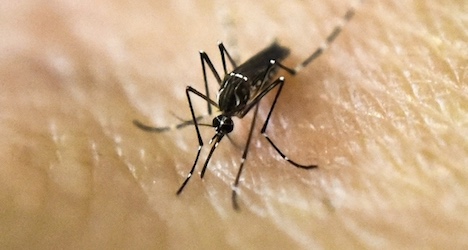 As the number of suspected cases of microcephaly — thought to be linked to the virus — surged Brazil, WHO head Margaret Chan said an emergency committee would meet on February 1st to determine whether the outbreak amounts to a global
health emergency and how the world should respond.

The number of microcephaly cases in Brazil has soared from 163 a year on average to more than 3,718 suspected cases since the outbreak, and 68 babies have died, according to the health ministry.

The condition causes babies to be born with an abnormally small head and a neurological disorder called Guillain-Barre syndrome.

Colombia, Ecuador, El Salvador, Jamaica and Puerto Rico have warned women to avoid getting pregnant for the time being, while France has urged women not to travel French overseas territories in South America and the Caribbean.

Chan told an assembly of WHO member-states in Geneva that the severity of the current outbreak was unprecedented in recent decades.

For decades after Zika was first discovered in Uganda in 1947 the mosquito-borne virus was of little concern, sporadically causing “mild” illness in human populations.

“The situation today is dramatically different. The level of alarm is extremely high,” she said.

“A causal relationship between Zika virus infection and birth malformations and neurological syndromes has not yet been established, but is strongly suspected,” Chan said.

She told WHO members that the virus “is now spreading explosively,” in the Americas, where 23 countries and territories have reported cases.

Marcos Espinal, the head of communicable diseases and health analysis at the WHO's Americas office, said the region could see between three to four million cases of Zika.

That projection applied to the next 12 months and was based largely on historical spread patters of similar mosquito-borne diseases like Dengue fever, said Sylvain Aldighieri a WHO epidemic expert in the Americas.

Espinal drew a contrast with Ebola, which is transmitted through the bodily fluids of infected people and those who have died from the disease.

Zika “will go everywhere the mosquito is.” Espinal said.

WHO has previously said that it expects Zika to spread to every country in the Americas except Canada and Chile.

There have not yet been any cases of local transmission of Zika virus within the United States, although infected travelers have returned to the country after visiting other areas.

However, a recent study in The Lancet suggests that Zika virus could reach regions of the United States in which 60 percent of the population lives, or some 200 million Americans.

Chan explained that the February 1st emergency meeting would assess the severity of the outbreak and what response measures might be taken.

It will also aim to identify priority areas for urgent research, Chan said, after US President Barack Obama called for swift action, including better diagnostic tests as well as the development of vaccines and treatments.

Brazil has been the country hardest hit so far, and concerns are growing about this summer's Olympic games, which are likely to attract hundreds of thousands of visitors to host city Rio de Janeiro in August.

Six months from the games opening ceremony, the government has promised to attack mosquito breeding sites and protect visitors from the virus, from which there is no known prevention method aside from avoiding mosquito bites.

WHO's deputy chief Bruce Aylward told reporters that it was “very, very unlikely” the UN agency would issue warnings against travel to Brazil, including for the games.

The head of the Lausanne-based International Olympic Committee, Thomas Bach, said it will “do everything” in its power to keep the Games safe from the Zika.

Honduras also said it had registered 1,000 cases of Zika, which is transmitted by the Aedes aegypti mosquito, the species that also carries Dengue, chikungunya and yellow fever.

Aylward warned that any countries in the Dengue belt — the tropical areas worldwide that are also associated with malaria — “should be concerned about . . . the possibility of the Zika virus arriving.”

The virus takes its name from Uganda's Zika forest, where it was first discovered.

Chan stressed that previous beliefs about the disease have been challenged by the fresh outbreak and that WHO needed better information as quickly as possible.

“The level of concern is high, as is the level of uncertainty. Questions abound,” she said.

“We need to get some answers quickly.”