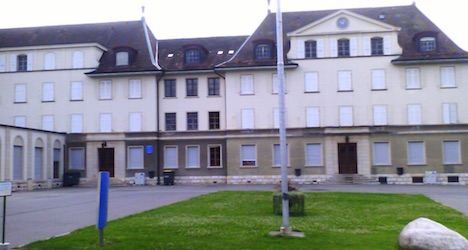 A building at the Geneva International School. Photo: Wikimedia Commons

The students were ordered to leave the school buildings at La Grande Boissière site, near various UN organizations, after police received an anonymous threat by telephone shortly before 8am, the Geneva cantonal force said.

Police conducted a search of the campus but the inspection yielded no results.

Students of the private school returned to classes at 10am without incident.

Many students at the school are children of employees in Geneva’s international sector, including the UN and its related organizations.

Jorge Villanueva, security chief at the United Nations Office of Geneva, issued an email to UN employees explaining that police were investigating the matter and “we are in contact with them to evaluate the situation”.

Two Syrians were arrested over an alleged “explosives plot” but were later released for lack of evidence.