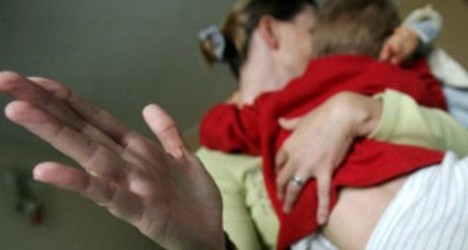 The recommendations, which are non-binding, were laid out in a report by the Geneva-based UN Committee on the Rights of the Child (CRC) after a review of the state of child rights in France.

In the report, the committee urges France “to explicitly prohibit corporal punishment in all settings, including in the family, in schools, day cares and in alternative care”.

“No violence against children is justifiable” it said, recalling that corporal punishment “is a form of violence, invariably degrading and preventable”.

French law bans violence against children but does allow parents the “right to discipline” them. It also prohibits corporal punishment in schools or disciplinary establishments for children.

The UN committee also said it was “concerned by cases of ill-treatment of children with disabilities in institutions”.

Specifically, it demanded that France ban “packing”, a technique reportedly used on children with autistic spectrum disorders, in which a child is wrapped in cold, wet sheets, saying the practice amounted to “ill treatment”.

Migrant children and asylum seekers were also an issue of concern, with committee member Hynd Ayoubi Idrissi particularly raising the plight of those living at the sprawling “Jungle” migrant camp in the northern port city of Calais, where thousands of people are living in squalor in the hope of reaching Britain.

At a press conference, she said that although France had taken steps to stop unaccompanied minors from being held in administrative detention, there was “a gap” between the decision taken by the interior ministry and what was happening on the ground.

“More and more children are being placed in administrative waiting zones, in hotels which don't comply with the minimum child protection standards,” she said, noting that not all of them have access to a guardian while going through the asylum application procedure.

Without a residency permit, these children also “had difficulty in exercising their right to access health care services,” the report said.

The committee also raised the plight of children from traveller families, expressing concern “at the persistence of racial discrimination and stigmatization against Roma children”.

“It is also concerned by cases of forced evictions of Roma children and their families, without alternative relocation and without notice.”

The report was released a day after 400 Roma were evacuated from a disused railway line in northern Paris where they had set up camp in June, with the Council of Europe expressing concern over what it called France's “policy of mass expulsions”.