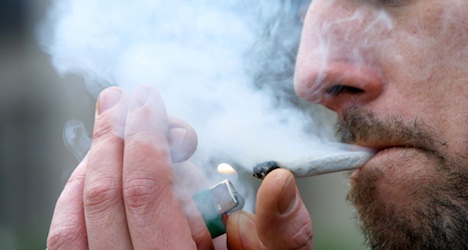 The cities of Zurich, Basel, Bern and Geneva have agreed to participate in the projects, which have been discussed for some time by a municipal working group, broadcaster SRF reported on Friday.

Representatives of the cities met in Bern on Thursday to discuss how to regulate the sale of cannabis, which is illegal to possess in Switzerland, even if police in many cantons turn a blind eye to personal use.

The “black market” for obtaining cannabis means the state cannot tax it, control the products in circulation or conduct proper prevention programmes, Sandro Cattacin, sociology professor at the University of Geneva and Geneva representative in the discussions told SRF.

Geneva’s proposed pilot project would authorize the controlled use of cannabis for youth and adults suffering from serious problems linked to the drug.

The projects are proposed to run over four years and will be scientifically monitored, SRF said.

They are still subject to approval by cantonal governments and the federal office of public health.

If the projects are accepted, a maximum of 2,000 people will be able to legally puff their joints.

This remains a small share of the more than 500,000 people who smoke marijuana in Switzerland despite a ban and the threat of fines, SRF said.