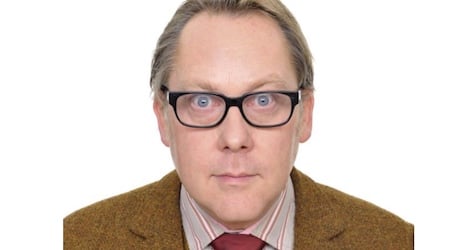 Residents and visitors to the city will have an opportunity to watch a unique Dada performance to be staged by British comedian Vic Reeves at the Cabaret Voltaire on February 22nd.

Located on the Spiegelgasse in Zurich’s old town, the cabaret was opened in February 1916 by Hugo Ball and Emmy Hennings, artists who came to Switzerland as refugees during the First Wold War and were instrumental in founding the Dada movement.

Among other things, the Dadaists used absurd art and performances to protest against the war and rebel against the political systems in place at the time.

Reeves, a well-known figure on British stage and screen for 25 years as a comic, has also carved out a career as an artist.

He’s starred in hit shows like Vic Reeves Big Night In, The Smell of Reeves and Mortimer, Shootings Stars and House of Fools.

“Expect Dada poetry and a mask performance,” the BBC said of his planned show, which is set for the same day as Hugo Ball’s birthday.

Anyone interested in watching the performance can email Wendy by email at [email protected], providing a full name and contact details.

The show, starting at 6.30pm, will be recorded as part of a “major film” to be broadcast by BBC Arts later in the year.