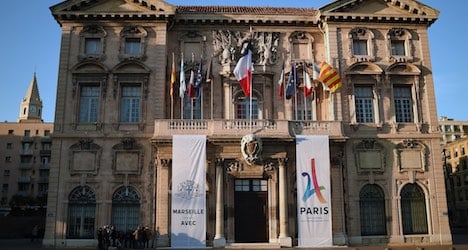 The first step in an 18-month campaign to host one of the world's top sporting events will be a low key affair with IOC president Thomas Bach and leading officials currently attending the Winter Youth Olympics in Lillehammer.

Bids will be transmitted by USB key to IOC headquarters in Lausanne with Los Angeles and Budapest deciding not to mark the occasion, unlike Paris and Rome.

The Californian city, the 1984 Olympic hosts, will publish their bid on their website once the IOC have confirmed receipt.

The celebration on the US west coast will take place on Tuesday with the unveiling of the city's official logo, a week after Paris unveiled theirs at a special ceremony in front of the Arc De Triomphe.

The Los Angeles bid is in line with Olympic Agenda 2020 which targets cost reduction.

Existing installations such as the Staples Center, the LA Coliseum, the Rose Bowl, and university stadiums will be used with athletes to be housed on the UCLA campus.

No ceremony will take place in Budapest where opponents, fearing spiralling costs and risks of corruption, tried to force a citizens referendum to block the bid, like in Hamburg.

The Hungarian capital have announced a modest budget of €2.4 billion ($2.7 billion) to build infrastructure.

By contrast, Rome and Paris will mark the handover — The Eternal City getting things rolling early at the Palazzo dei Congressi, the fencing venue at the 1960 Games.

Rome bid president Luca Di Montezemolo will preside over a ceremony to be broadcast on state-owned television RAI.

With the Colosseum as their emblem and the city's major tourist attractions as venues, the Italian capital will build on its strengths and existing infrastructure to avoid, like its rivals, unnecessary and unpopular costs.

Paris — who suffered a traumatic loss to London for the 2012 Games — will unveil their bid in the afternoon at the city's new Philharmonie.

Bid committee president Bernard Lapasset will confirm a budget of €3.2 billion for infrastructure, with existing stadiums and arenas being used along with landmark Paris monuments like the Grand Palais and the Trocadero.

A week after unveiling its logo representing the Eiffel Tower, Paris should also confirm that its Olympic project will be turned towards their youth and suburbs.

More detailed dossiers will be submitted in October before visits to the candidates by the IOC evaluation commission in early 2017.

The vote for the host city will take place on September 13th 2017 in Lima.