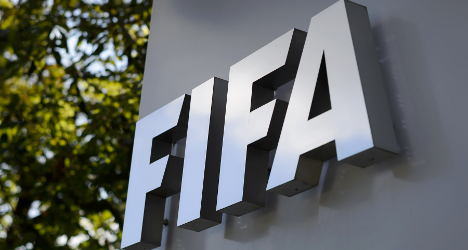 Fifa has $1.5 billion in cash in the bank and its riches are a key battle for the five rivals who will take part in Friday's vote for a replacement for Sepp Blatter.

Sheikh Salman bin Ebrahim al-Khalifa, the Asian football boss and a frontrunner, has warned that some of his rivals' promises to give more money to member nations could “bankrupt” the governing body by 2018.

Another contender, Jerome Champagne, said that “very dangerous” financial promises are being made.

The Frenchman, a former Fifa deputy secretary general, confirmed in a letter to national associations that the world body suffered a deficit of about $100 million in 2015 – much attributed to the corruption scandals engulfing football.

He said two “top sponsors” are holding out on deals ahead of the 2018 World Cup in Russia and 20 out of 27 backers for other competitions.

According to Champagne, who is seen as an outsider in the Fifa race, this could lead to a “worst case” cut of $600 million in income up to 2018. But this could increase if a major fine is inflicted on Fifa by Swiss or US authorities investigating soccer scandals.

Champagne singled out a promise by Gianni Infantino, another Fifa frontrunner, to give $5 million dollars every four years to each national association for soccer development, plus $40 million to each of the six continental bodies.

He said the Uefa general secretary's proposals would cost $900 million over four years.

“It seems therefore ludicrous to promise nearly a billion dollars with political and electoral objectives, after having criticized Fifa and President Blatter for years on the alleged grounds that he received votes in exchange for development programmes,” Champagne said.

Infantino's campaign maintained that the money could be found through savings at the world body and increased revenues.

Infantino says in his manifesto there is “significant growth potential” for new sponsors.

Prince Ali bin al Hussein, a former Fifa vice president from Jordan, has also called for a substantial increase in the return of football revenues to the 209 national associations.

Even Champagne has said Fifa should pay for every country to have more artificial pitches. Tokyo Sexwale, the fifth candidate from South Africa, does not mention a financial plan apart from saying countries should be allowed to put sponsorship on national team jerseys.

Fifa's money comes mainly from the World Cup and it gives accounts in four year cycles after each tournament. It reported $5.7 billion income, with a $338 million surplus, in the four years after the 2010 tournament in South Africa. It is only estimating $5 billion for 2015-2018.

But it does have the cash amount of $1.5 billion built up during the reign of now-suspended president Blatter.

Sheikh Salman, head of the Asian Football Confederation, said the reserve could be exhausted by 2018 if some of his rivals' promises were carried out.

“This is the dire reality,” he told the insideworldfootball website in January. “By 2018, Fifa will have zero reserves left if today's status quo remains unchanged, and if there continues to be a substantial lack of income from tv and marketing rights sales.”

Experts said the cash mountain should be enough to help Fifa see out the corruption storm if corrective measures are taken.

The Emirates airline and Sony quit Fifa in 2014, before the arrests of seven officials at a Fifa congress last year set off the corruption turmoil.

Since then no others have left, though Coca-Cola and McDonald's have both called for more independent voices in Fifa's reforms.

“Fifa can count on contracts already signed for the 2018 and 2022 World Cups,” said one football marketing expert.

“The sponsors do not want to give up their places for a rival to move in,” the industry professional told AFP, speaking on condition of anonymity.

“Whilst Fifa has a massive challenge to re-build trust in the organization there is still huge interest in its products,” said Mike Laflin, a marketing specialist and founder of the Sportscal website.

“Unlike the world athetics body, the IAAF, the product actually has not been as badly tainted.”