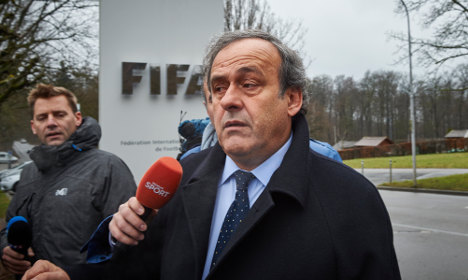 The French football legend and former FIFA leader Sepp Blatter were banned for six years each over a two million dollar payment made by FIFA to Platini.

The ban against the two football powerbrokers was reduced from eight years by FIFA appeal committee on February 24th. But Platini, 60, has said he wants to fight the ban further.

“In appealing to the CAS, Michel Platini seeks to annul the decisions taken by the adjudicatory chamber of the FIFA ethics committee and by the FIFA appeal committee which lead to him being declared ineligible to take part in football-related activity at national and international level for six years,” said a CAS statement.

“A CAS arbitration procedure is in progress. “First, the parties will exchange written submissions and a panel of three arbitrators will be constituted.”

The panel will consider a verdict after a hearing in Lausanne.

“In theory we have four months for a verdict, but Michel Platini has asked us for a decision before the start of Euro 2016 so we will adapt to the request of the parties,” CAS secretary general Matthieu Reeb said.

Platini was a key figure behind staging the European Championships in his native country and is desperate to be present when it starts in Paris on June 10th.

Platini and Blatter were found guilty of conflicts of interest when Blatter approved a two million Swiss franc ($2 million/1.8 million euro) payment to Platini in 2011 for consultancy work done without a contract a decade earlier.

Platini had been favourite to take over from Blatter but the ban demolished his hopes.

Platini's deputy at UEFA, Gianni Infantino, won the election for the FIFA presidency on Friday. Platini hopes to keep his post at UEFA if he can win his appeal.