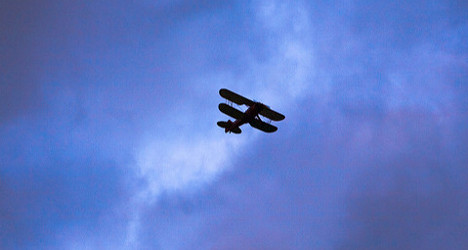 The K W C-35 reconnaissance biplane belonged to the Swiss Air Force and crashed into the lake in June 1941 during a combat exercise, according to Swiss broadcaster SRF.

Since then the plane – the last of its kind – was considered missing.

But the wreckage was finally found nearly 75 years later by a robot device 200 metres below the surface of Lake Lucerne near Gersau.

The discovery follows a three-year search led by professional diver Roger Eichenberger, who became fascinated by the story behind the missing plane.

Speaking to SRF, Eichenberger said the plane crashed into the lake on June 20th 1941 after going into a tailspin.

Its two occupants ejected by parachute, but only one survived.

According to Eichenberger, the steamboat Schiller tried to come to the rescue of the two men but had to abort when its 1,000 passengers rushed to one side of the vessel, putting it at risk of capsizing.

The plane’s pilot drowned in the lake and his body was never found.

As yet, no decision on the future of the wreck has been taken.

Its part-wooden frame could disintegrate on retrieval, Eichenberger told SRF.