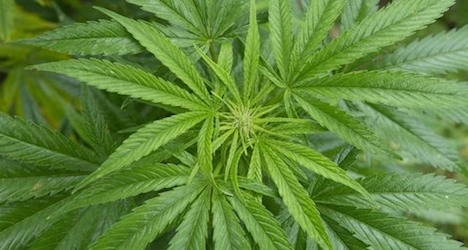 On Monday the city government announced it had commissioned the university’s Institute of Social and Preventive Medicine (ISPM) to research the effects of selling cannabis in pharmacies.

Under the study, cannabis would be put on sale in participating pharmacies in the city, with the ISPM monitoring registered users of the service, who must be over 18, living in Bern and already using cannabis.

However given possessing cannabis is technically illegal in Switzerland – even if many cantons turn a blind eye – the project must be agreed by the federal government before it can go ahead.

“Pharmacies have the trust of the public, the necessary expertise in managing narcotics and a strategy on issues of control and security,” said Franziska Teuscher, the city’s director of education, welfare and sport, on announcing the project to the media.

Supporters of the project say it’s not about liberalizing the use of cannabis but better controlling it, reported news agency ATS.

Selling cannabis in pharmacies would limit the effects of the black market and associated criminality, they say.

According to ISPM director Matthias Egger, the project is expected to cost an estimated 20,000 Swiss francs and take three to four months.

Among other things, the study will focus on the behaviour of participants, the use and effects of prevention methods and the quality of cannabis available on the black market.

The quantity and price of the cannabis to be made available in pharmacies has not yet been established.

Speaking to The Local, Corine Kibora, spokeswoman for the foundation Addiction Suisse, said they were broadly in favour of the initiative.

“What’s certain is that the current situation isn’t very satisfactory because we have still plenty of consumers in Switzerland and the fines we have fixed are not uniform from canton to canton,” she said.

“What’s important for us is that [the project] is measured, evaluated scientifically and therefore allows us to learn… to gather experience and see what effect that has on consumers.

“It could have an impact on the black market, it also allows consumers to have contact with health professionals; that’s important,” she added.

According to estimates, around 500,000 people in Switzerland use marijuana at least occasionally.

In February four cities in Switzerland agreed to launch ‘cannabis clubs’ allowing members to use the drug without penalty.