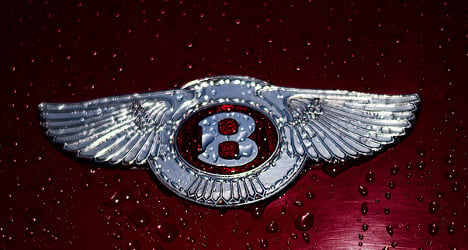 The Bentley in question was valued at 200,000 francs. Photo: Adam Singer

In a statement, German police said the 34-year-old from Basel was driving around the Friedlingen district of Weil Am Rhein, just north of Basel over the German border, on Monday afternoon when his luxury car was reported for having no license plates.

On finding the car parked at a fast food restaurant, police questioned the driver, who introduced himself as a diplomat and said he owned the vehicle, which police confirmed to The Local was a Bentley.

The officers then accompanied the man to his holiday home in Germany, where he presented them with a diplomatic identity card.

However his papers were soon proven to be fake, as the man was not registered as a diplomat.

The Swiss was placed under investigation for forgery and ordered to pay a bond for the seizure of his Bentley, which will remain in police hands pending clarification of its ownership.

Speaking to The Local on Wednesday, Weil Am Rhein police said they had not yet established who the car belonged to or why the Swiss man claimed to be a diplomat.