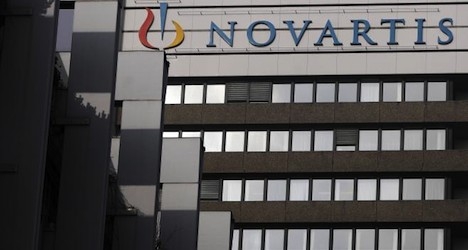 The drug giant agreed to pay the hefty fine “without admitting or denying” guilt, according to documents published by the US Securities and Exchange Commission (SEC).

According to the SEC findings, Novartis's China-based units had between 2009 and 2013 “provided things of value” mainly to doctors and other healthcare professionals.

“These payments took varied forms and were intended to … increase sales of Novartis pharmaceutical products,” said an SEC document filed late on Wednesday.

The market regulator said healthcare providers were for instance invited on expensive trips, which in many cases “did not include an educational purpose or the scientific/educational components were minimal in comparison to the sightseeing or recreational activities.”

In 2009, Novartis subsidiary Sandoz China for instance paid for 25 healthcare workers to take part in a surgical conference in Chicago, inviting along their spouses and taking the group on an excursion to the Niagara Falls.

Employees and managers at the involved units had tried to “conceal the true nature of the transactions”, by for instance “improperly recording payments as legitimate expenses” for things like travel, entertainment, conferences and medical studies.

Novartis, which is listed on the New York Stock Exchange, thus stands accused of breaching the US Securities Exchange Act by not keeping accurate books and failing to maintain a sufficient system of internal accounting controls.”

But the SEC noted that Novartis had cooperated with its investigation and opened its own internal probe, letting go or disciplining employees found at fault.

It has also since put stepped up its control mechanisms, the SEC said.

The pharmaceutical giant itself acknowledged the deal with the SEC, but stressed that the incidents in question “largely pre-date many of the compliance-related measures introduced by Novartis across its global organization in recent years”.

“We believe these measures, which we review and update on an ongoing basis, address the issues raised by the SEC,” Novartis spokesman Eric Althoff told AFP.