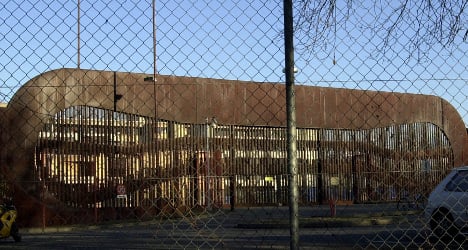 Sentenced to four years in prison, the convicted drug trafficker arrived at the Champ-Dollon prison in April 2014, reported news agencies on Wednesday.

He spent his first night in a 10m2 cell with two other prisoners before being moved to a cell where conditions were only slightly better.

On appeal to the supreme court the man’s lawyer contested the seriousness of his crime – for which he sought a year’s reduction of his sentence – and demanded a further five months’ reduction due to the conditions in which he was held.

In its decision on Tuesday the court upheld the man’s sentence for trafficking 3.5 kilos of heroin, but accepted that the conditions of his detention during 136 days infringed the European Convention of Human Rights, which prohibits inhumane and degrading treatment of prisoners.

The case has now been sent back to the Geneva court of justice, which must decide if the prisoner’s sentence should be shortened.

It’s not the first time Switzerland’s highest appeals court has slammed conditions at the Geneva prison, which has long been overcrowded.

Last October it ruled in favour of two prisoners who appealed over being held in cramped cells, news agencies said.

However several long-awaited building projects are set to ease the problem.

Last October the prison of La Brenaz, next door to Champ-Dollon, opened a new extension capable of housing 100 prisoners.

The canton of Geneva is also constructing another new prison on the site named Dardelles, due to open in 2019.