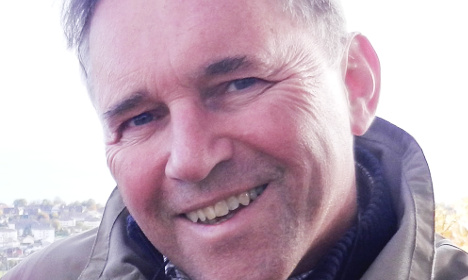 Malcolm was a highly respected colleague and friend of all at The Local, who joined the team as editor of The Local Switzerland in 2012.

Born in the UK but brought up in Canada, Malcolm was a Swiss, British and Canadian citizen.

After working for the Times Colonist in Victoria, BC, for 16 years, he moved to Geneva where he worked as a freelance writer, editor and translator for many years. Among his clients in the Geneva region were World Radio Switzerland, Edipresse, The Geneva Post, the University of Geneva and swisster.ch. He was also regularly published by UK and Canadian media including The Telegraph, the Vancouver Sun and The Toronto Star.

Described by one former colleague as a conscientious journalist of the old-school, Malcolm had an innate curiosity about the world and other people which he channelled into his work. During his four years as editor of The Local Switzerland he doubled its readership. His infectious enthusiasm and vast knowledge of Swiss politics and society, along with his exceptional way with words, kept people coming back.

A supportive colleague whose warmth was apparent to all, Malcolm had a dry sense of humour and enjoyed discussing current affairs, Swiss life and the weird and wonderful stories he had come across during his long and varied career. When The Local’s staff, dotted around Europe, converged one bitterly cold January in Berlin, Malcolm impressed everyone with his wit and wisdom, and later kept the memories of a lovely weekend alive by sharing all his pictures with us.

Malcolm loved to hike in the summer and ski in the winter—Switzerland suited him perfectly. Before settling in the hills, his travels took him all over the world, and he also criss-crossed Europe on his bicycle.

He will be missed by everyone at The Local.

Malcolm is survived by his partner Corinne and daughter Michaëla, his mother Joan, and sisters Susan and Alison.

With contributions from colleagues at The Local and Marcus Berry, former editor-in-chief at Edipresse Publications and World Radio Geneva.