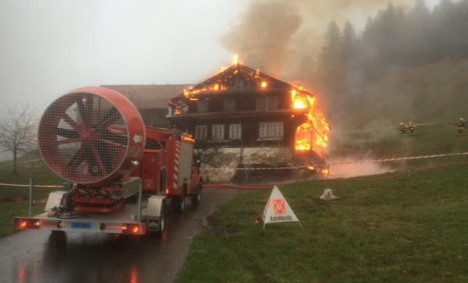 Some 100 fire fighters were on hand to battle the fierce blaze but failed to control the fire as it emerged engines used in the operation were not carrying enough water.

The officers laid out a 1.6-kilometer water supply line to combat the house fire but succeeded only in saving a nearby barn.

No one was injured in the fire in Weiler Giselberg while the cause of the blaze is yet to be established.