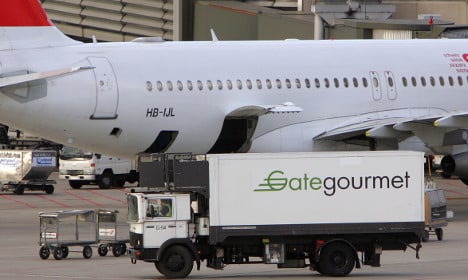 HNA is led by Chinese billionaire Chen Feng, who has scooped a string of aviation assets in recent years, in an attempt to cash in on surging air travel business in Asia.

If approved by shareholders, Chen's acquisition of gategroup will follow HNA's 2015 purchase of airport servicing firm Swissport for 2.73 billion francs.

Under the offer, HNC will pay 53 Swiss francs per share and then delist gategroup from the Swiss stock market.

“The offer reflects the fair and adequate value and quality built by gategroup. It makes strategic sense that our company will become part of HNA,” said gategroup chairman Andreas Schmid in a statement.

Approval of the purchase requires just over two-thirds backing from gategroup shareholders, with the transaction expected to be completed by the middle of July.

Gategroup shares surged 15.5 percent in midday trading to 50.95 Swiss francs a piece, as the Swiss stock exchange's main SMI index was slightly down.

The Bloomberg news agency noted this was the largest price jump for gategroup in seven years.

In Switzerland, the news was greeted with mixing feelings. Zurich-based daily the Tages Anzeiger ran the story under the headline “And the Chinese grab another Swiss firm”.

An online poll run by the paper showed some 60 percent of the readers who chose to participate felt the deal would be detrimental to the Swiss economy.

HNA's Chen, who has described himself as a scholar of ancient Chinese culture, is perhaps best known for his ownership of Hainan Airlines, one of the China's largest carriers.