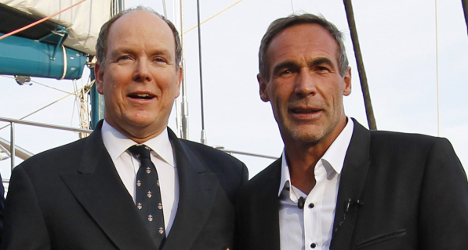 Horn, who will be 50 in July, left the principality aboard his sailboat Pangaea en route for South Africa, the Monaco Yacht Club said in a statement.

The 270,000 kilometre (16,800 mile) Pole2Pole journey, described on Horn's website as “the greatest exploratory expedition of the 21st century”, will include a four-month trek across the Antarctic on skis, pulling a 200 kilogram sled and aided by a kite when the wind is in his favour.

Horn has spent half his life pitting his wits and testing his endurance against the most extreme terrains, including circumnavigating the equator, while aiming to protect the environment and educate the world's youth along the way.

Once he reaches South Africa, where he was born, Horn will cross the Southern Ocean to Antarctica.

After crossing the Antarctic he will sail up the Pacific eventually reaching the Arctic.

From there, he will travel by ski and kayak to Greenland, before sailing back to Europe.

Along the way the explorer will visit Botswana, New Zealand, Papua New Guinea, the Himalayas, Japan and Russia, among other places.

Horn set off from Monaco on Pangea with scientists, film-makers and writers on board for the first leg.