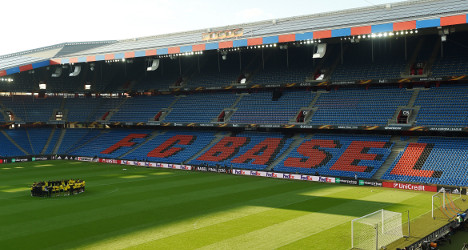 Although already used in the English Premier League, the German Bundesliga and Italy's Serie A, GLT has never been used in Uefa-affiliated matches before.

It will also be used at the Champions League final in Milan on May 28th and at this summer's European Championships in France.

“Now, with GLT focused on the goal line, the additional assistants (AARS) can focus exclusively on the control of other incidents in the penalty area, the most crucial area of the pitch,” retired legendary Italian referee Pierluigi Collina, Uefa's chief refereeing officer, told uefa.com.

Uefa's Executive Committee decided in January to introduce GLT, which will be used in tandem with the AARs.

“The main task of the AARs is not to control the goal line and decide whether a ball has crossed it; rather they are responsible for monitoring everything that is happening in the penalty area overall, aiding the main referee in making important decisions in the box.”

The Hawk-Eye system deploys seven cameras for each goal, with control software tracking the ball within the goal area.

It takes only one second for the system's vision-processing techniques and software to check whether a goal has been scored or not.

Each official is instantly informed with a vibration and visual signal to their watch.

The technology will make its full Champions League introduction from next season onwards, although a decision on whether it will be used in the Europa League from the group stage onwards in 2017/18 has yet to be made.

Liverpool manager Jurgen Klopp is confident the Reds can end a difficult season on a high note and claim their first European trophy in 11 years by beating Sevilla in the match on Wednesday.

“When I came here there was a big amount of doubt about these players and now I am really happy they can show how strong they are,” said Klopp.

“It is a big opportunity to make the final step this season and achieve something.”

Sevilla arrive in Basel aiming for a hat-trick of victories in the competition. They are also looking to win the trophy for the
fifth time in 11 seasons, having also successfully defended their 2006 title in 2007.

With a chance to make Europa League history — no team has claimed three consecutive titles — Sevilla are not lacking in belief themselves and Liverpool midfielder Emre Can admitted: “Sevilla know how to play in the Europa League.”