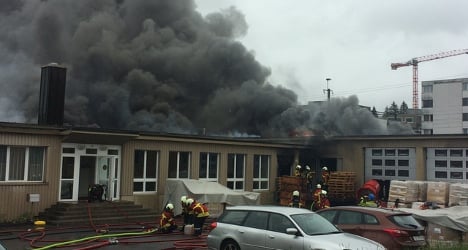 Several fire departments battled the fire for a number of hours at the site in the canton of Schwyz, according to cantonal police.

Pictures from the scene showed black smoke and flames emanating from the roof, as the contents of the factory turned the building into one giant wick.

The family-run factory counts 25 employees, all of whom were evacuated in time with no injuries.

The cause of the fire is not yet known, said police.