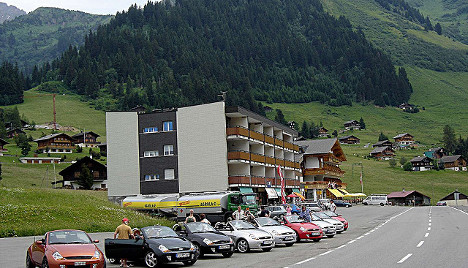 The accident happened on the way to Les Mosses. File photo: Falk Lademann

The fatal accident happened at Fontanney on the road to Les Mosses in the canton of Vaud at around 6.30pm on Thursday.

According to Vaud cantonal police, the motorcyclist – a 59-year-old Swiss man who lived in the area – was travelling up the winding road from Aigle when he hit an orange car head on.

Despite efforts to revive the man, he died at the scene.

Police have launched an appeal for witnesses to the accident. Anyone with information should call 021 644 44 44.