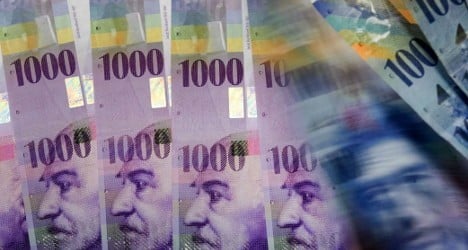 No basic income for all, this time. Photo: AFP

Final results in the referendum showed 76.9 percent of voters opposed the initiative to provide an unconditional, basic income (UBI) to each Swiss national, along with foreigners who have been legal residents for at least five years.

Supporters had argued that such an income would help fight poverty and inequality in a world where good jobs with steady salaries are increasingly hard to come by.

The group behind the initiative had suggested paying 2,500 francs a month to each adult and 625 francs for each child.

Such a sum, however, would hardly cover basic living costs in Switzerland, which is one of the world's priciest nations where the mean income is above 6,000 francs a month.

The idea, which stirred up debate both in Switzerland and abroad, was embraced in a few counties in the cantons of Jura and Vaud, while several neighbourhoods of Geneva and Zurich voted in favour.

But overall, the response from the 46 percent of eligible voters who cast their ballots was a resounding “no”, in line with the recommendation from the government and nearly all political parties.

The scheme to dish out an income to people whether they work or not was controversial from the start in Switzerland –a country where craftmanship and work ethic are highly valued.

Andreas Ladner, a political scientist at Lausanne University, told RTS the Swiss were “realistic” in their assessment of the UBI plan.

Accepting that people can “be paid without having to work would have been a very big step” for the industrious Swiss, he said.

Critics condemned the initiative as “a Marxist dream”, warning of sky-highcosts and people quitting their jobs in droves, causing economic chaos.

Authorities have estimated an additional 25 billion francs would be needed annually to cover the costs, requiring deep spending cuts or steep tax hikes.

That argument likely hit home with the Swiss who have previously turned up their nose at initiatives that would have ushered in a minimum wage and increased paid holidays from a minimum four to six weeks, fearing they would hurt competitiveness.

But supporters of the UBI initiative were not cowed by the resounding defeat, insisting that their main objective had been to get people talking about the idea.

“We are very happy,” Ralph Kundig, one of the lead campaigners, told the ATS news agency.

Supporters threw a party in Lausanne to celebrate the 23 percent of votesthey had garnered.

“One out of five people voted for the unconditional basic income, so that is a success in itself,” Sergio Rossi, an economics professor and backer of the initiative, told ATS. 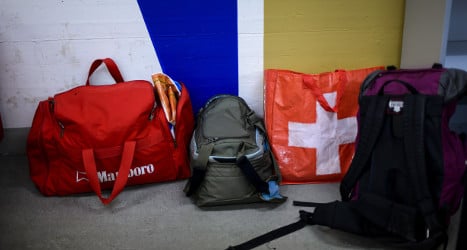 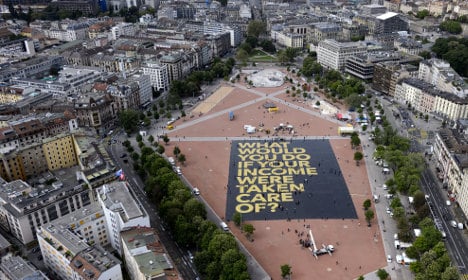