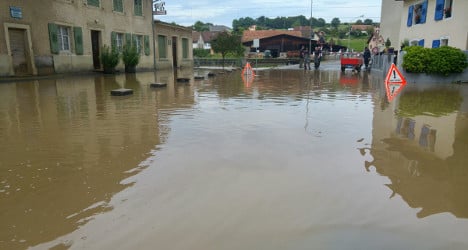 Some ten houses were flooded in the village, while a nearby section of the A16 motorway had to be closed for two hours after hail obstructed the Neu-Bois tunnel, reported news agencies.

Several other roads in the Jura region were also temporarily closed.

Storms also hit the Basel area between midday and 2.30pm, with Basel-Country police receiving some 40 calls from communes after lightning strikes and hail caused damage and flooded cellars, they said in a statement.

In Brislach,  2,130 homes were left without electricity after a tree fell on power lines, while lightning struck a chimney in Sissach causing extensive damage, said police.

Two workmen in the Birsigtunnel had to be rescued by firemen after they became trapped by rising water, reported 20 Minuten.

According to Meteo Suisse, lack of air current meant the storms were nearly stationary, leading to large amounts of water falling on the affected areas.

Storms are pretty normal for this time of year, said Meteo Suisse, due to the clash of warm air close to the ground with cooler air in the higher atmosphere.

More storms are forecast for Wednesday and Thursday, before some respite on Friday. 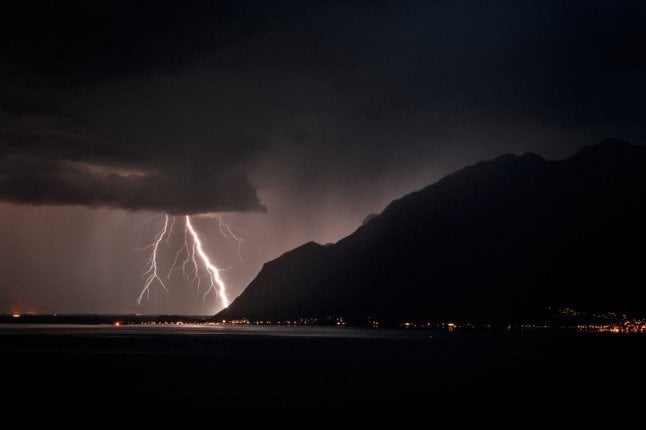 GENEVA
Cafés and restaurants in most of French-speaking Switzerland to re-open on December 10th
Url copied to clipboard!