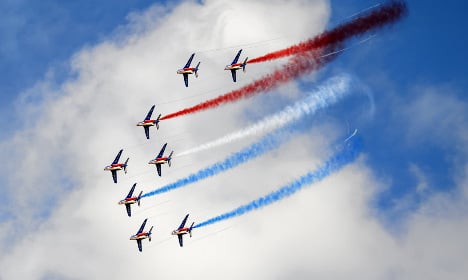 A reduced-strength, five-member team will perform at the Meiringen air show in the canton of Bern on June 17th and June 18th in an event marking the 75th anniversary of the Meiringen air base, the defence ministry has said in a statement.

The announcement comes after an accident on June 9th in which two Tiger F-5E plans from the Patrouille Suisse team crashed into each other in a training exercise before an air show in Leeuwarden in the Netherlands.

One of the planes was able to land safely but the other crashed and burst into flames. Fortunately the pilot of that aircraft was able to eject safely before impact and suffered only a fractured foot and cuts and bruises.

Investigations into the incident are ongoing.

In a press conference on Thursday, the head of the Swiss air force, Aldo Schellenberg, said there was no sign of mechanical failure in the plane, which was 40 years old, reported news agencies.

However the incident has raised questions among politicians over Swiss participation in air shows.