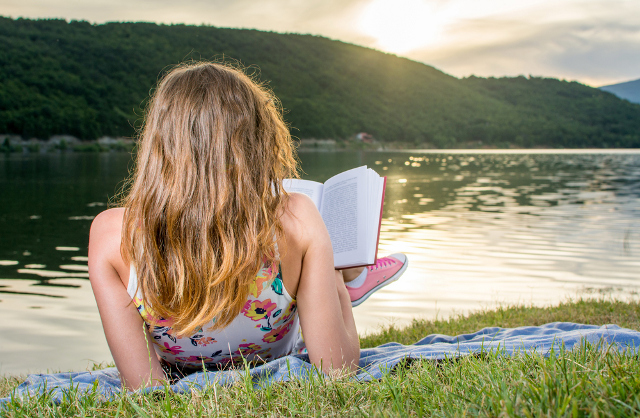 Photo: CreativeFamily/Depositphotos
Here are six authors whose visits to Switzerland had a strong influence on their work. We challenge you to read them and not feel inspired to travel here yourself.
1. Lord Byron
Together with some literary pals, Byron spent five months in a chateau by Lake Geneva, drinking plenty of wine and taking liquid opium. But the group were a lot more productive than most 20-somethings on holiday, with all of them penning works that would enter the English literary canon.
A volcanic eruption in Indonesia meant a cloud of volcanic ash had settled across the landscape, and the summer was dark and gloomy, but Byron’s diaries reveal how much he enjoyed taking excursions around the area. He was particularly impressed by the Château de Chillon, a former prison, and wrote a 392-line poem about it: The Prisoner of Chillon. Visit the castle today, and you can see graffiti supposedly carved by Byron himself in its dungeon. Chateau de Chillon. Photo: Swiss Tourism
2. Mary Shelley
Eighteen-year-old Shelley, then Mary Godwin, accompanied Byron and her future husband Percy Shelley on the trip, which is where she came up with the idea for Frankenstein. Trapped inside by the poor weather one evening, the group decided to take it in turns to come up with a horror story, which is when Shelley conceived the idea of a monster created by an ambitious doctor. Dr Frankenstein is from Geneva, and the book contains plenty of references to the area’s lakes and mountains, including the Saleve.
Another member of the group, Dr Polidori, wrote The Vampyre at the same time; thought to be the first vampire story in English, it was later adapted into Bram Stoker’s Count Dracula.

Frankenstein's monster climbed up the Saleve mountain near Geneva. Photo: Olivier Miche/Geneva Tourism
3. Sir Arthur Conan Doyle
Conan Doyle travelled to Switzerland frequently — in fact he played a key role in the development of alpine skiing in Switzerland. He actually did a lot more than writing; he was also a physician, political campaigner, freemason and keen sportsman, and was fed up of being defined solely by his stories about the fictional detective, Sherlock Holmes.
So he was searching for a way to kill off his creation, and the impressive Reichenbach Falls, close to Meiringen, provided a suitably dramatic setting for the final showdown between Holmes and his nemesis, Professor Moriarty. The description of the scene is one of Conan Doyle’s most celebrated passages, though the outcry from grieving Holmes fans — or was it the large check offered by publishers? — proved incentive enough to resurrect his hero.
You can stay at the Park Hotel du Sauvage (thought to be where Conan Doyle stayed, and the inspiration for the Englischer Hof in the story) and its current director has capitalized on the connection, with a plaque, a Holmes statue and full replica of 221b Baker street, while nearby Meiringen has its own Sherlock Holmes Museum. Meiringen. Photo: Jungfrau Tourism
4. JRR Tolkien
Visiting Switzerland might be the closest you can get to Middle Earth on actual Earth. Yep, the films might be set in New Zealand, but in letters to his son, Tolkien revealed that a trip through the Swiss Alps as a teenager inspired many of the settings in his Lord of the Rings trilogy and The Hobbit: the Misty Mountains, Rivendell and the Dwarven Realm. With scenery like the Lauterbrunnen Valley’s waterfalls and forests, cliffs and glaciers, it’s easy to see why.
Lauterbrunnen was the inspiration for Rivendell. Photo: Christof Sonderegger/Swiss Tourism
5. Mark Twain
A Tramp Abroad tracks Twain’s travels through Germany to Italy, passing through Switzerland ( Lucerne, Zermatt, Geneva and Interlaken), and combines beautiful descriptions of the scenery with witty observations of the locals and their customs.
One of the most beloved passages is a dramatic depiction of an ascent up the Riffelberg. There are plenty of Twain trails in different areas, so you can retrace his footsteps and see if you agree that “Switzerland is simply a large, lumpy, solid rock with a thin skin of grass stretched over it”.
The Riffelsee near Zermatt. Photo: Roland Hutter/Zermatt Tourism
6. John le Carré
While others have found artistic inspiration in Switzerland’s mountains and misty glaciers, it was the atmosphere of intrigue in the neutral country during the Cold War that enthralled John le Carré. A Perfect Spy is his most autobiographical novel – le Carré studied German at the University of Bern and became a spy there, so his depictions should be authentic.
Bern. Photo: Jan Geerk/Swiss Tourism
A version of this article was published in July 2016 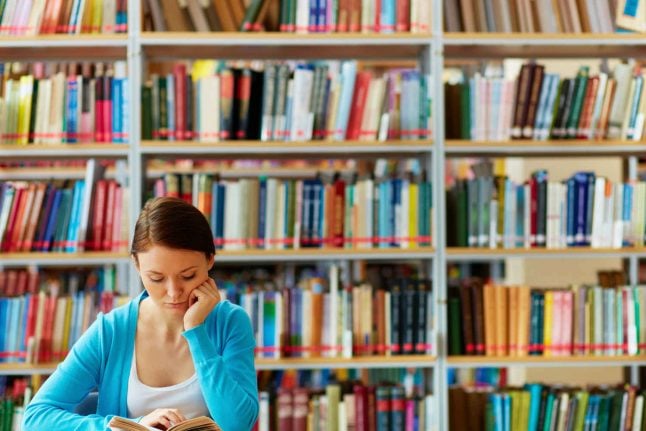 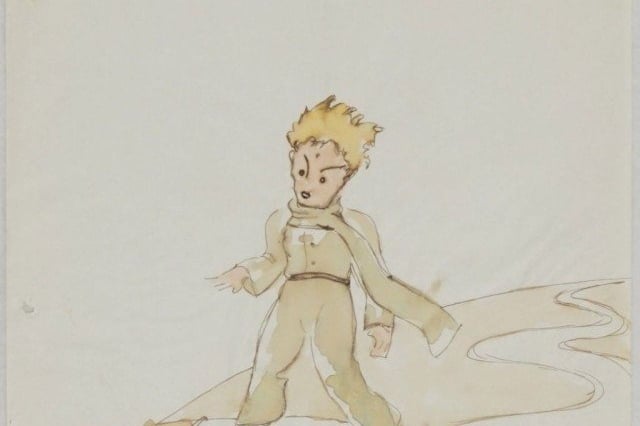 The drawings were purchased at auction some three decades ago by Bruno Stefanini, a real estate magnate and major collector who died last year, said Elisabeth Grossmann, curator of the Cultural Foundation of Winterthur.

She said “The Little Prince” sketches were found in good condition in a folder with other works in a building in Winterthur.

“The Little Prince” (“Le Petit Prince”), a novella charting the fantastical interstellar voyage undertaken by the eponymous hero, has sold 145 million copies worldwide and been translated into 270 languages.

Saint-Exupéry escaped to the US after Germany's invasion of France and it was during his exile there in 1942 that he wrote his famous book. It was first published in 1943.

The author also lived in Switzerland from 1915 to 1917 while attending boarding school in the central canton of Fribourg.

Stefanini, one of Switzerland's largest collectors who assembled tens of thousands of works before his death, set up the Winterthur to manage his artistic holdings.

He bought the Saint-Exupéry sketches at an auction in 1986 in the town of Bevaix, according to the Landbote newspaper, which first reported the discovery on Thursday.

The sketches include an image of The Little Prince talking to a fox, “The Tippler” sitting on his planet, and the iconic image of a boa constrictor that has just eaten an elephant.

Grossmann said the Winterthur museum would contact New York's Morgan Library, where Saint-Exupéry's original sketches are held, to inform them of the discovery.

Saint-Exupéry, a pilot, mysteriously disappeared over the Mediterranean on July 31th, 1944 shortly after taking off on a wartime mission. 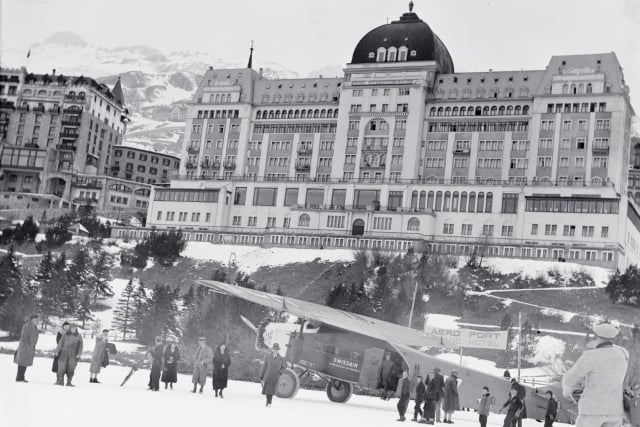 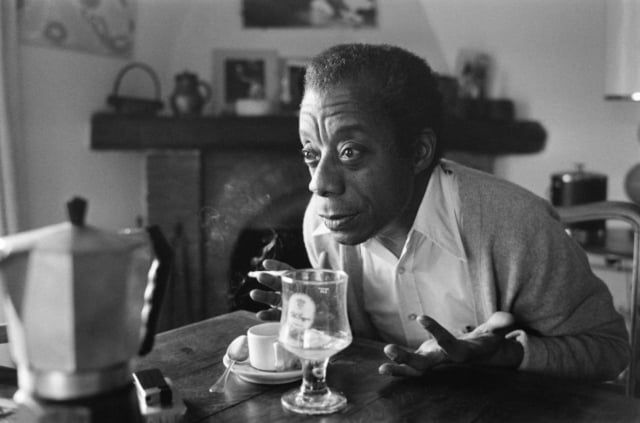