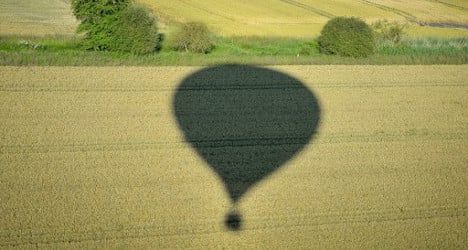 In August 2013 a family of American tourists from Malibu, California, were taking a hot air balloon flight in the region of Gstaad when the balloon struck a power line near the village of Montbovon and plunged 50 metres to the ground.

Grant Adamson, 55, was killed in the crash, while his wife Terry and two adult daughters were seriously injured.

The pilot of the balloon – also injured – was later convicted of manslaughter and causing serious injury by negligence.

The family then sued the company and the pilot for $53.8 million in damages.

They finally settled out of court in December 2015, but the terms of the settlement were not reported.

Three years after the crash, new information has led BAZL to question whether Gstaad Fly even had authorization to offer commercial balloon flights, reported newspaper 20 Minutes on Tuesday.

Speaking to the paper, Jean-Yves Blatt, former director of the Grand Hotel Park Gstaad which owned Gstaad Fly, said he didn’t know that the company didn’t have the necessary permissions from BAZL.

“It’s probably the pilot, who held a licence and was also a director of Gstaad Fly, who should have made the request,” he said.

Contacted by The Local, Martine Reymond, spokeswoman for BAZL, confirmed that the office had opened an investigation into Gstaad Fly, though not the pilot specifically.

“The pilot has been judged for a serious offence and the judgement was given in a criminal ruling by the federal public prosecutor,” she said.

“During the investigation, BAZL will not give out any information,” she added.