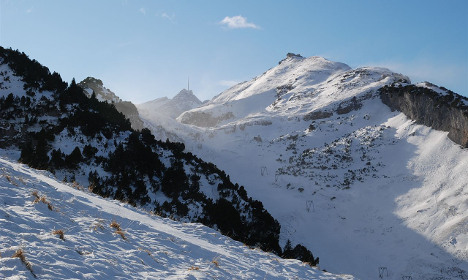 Two groups of hikers of 10 people in total were making their way to the 2,500-metre (8,200-foot) peak of the Säntis mountain in northeastern Switzerland when the avalanche was triggered shortly before 3 pm (1300 GMT), police in the canton of Appenzell Innerrhoden said in a statement.

Several people from each group were hit by the snowslide barrelling down the mountain, with some swept as much as 100 metres (328 feet) downhill, police added.

A massive search and rescue effort was undertaken after the avalanche with three rescue helicopters transporting the wounded to various hospitals, the statement added.

“When temperatures at altitudes over 2,500 metres rise above 10-12 degrees Celsius (50-54 degrees Fahrenheit), the permafrost begins melting, which favours rock slides,” he said.