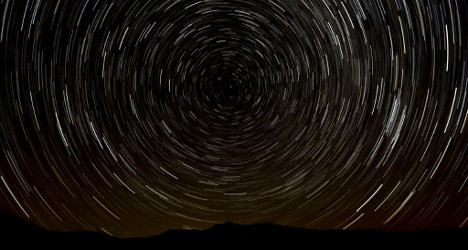 First, what are meteors?

Comet trash. They leave a dust-filled trail, and Earth speeds through their path every year on its way around the sun. Perseid is one of the brightest meteor showers of the year in our part of the world. The tiny space particles that light up the sky come from the comet Swift-Tuttle.

The debris is called Perseid because it comes from the same direction as the constellation Perseus, found in the north-eastern part of the sky.

What’s the best time to watch?

Predictions of the peak nights vary between August 11th-13th. Prime viewing times are within the hours of 11pm and 4.30am on August 12th-13th, so be ready for a long night or an extra early morning.

Will the weather cooperate?

Meteor spotting requires clear, dark skies. The weather forecast for the next few days is looking good across much of Switzerland, particularly on Saturday, so that’s the clear skies sorted. But the moon is currently in a waxing gibbous phase, building up to the next full moon on the 18th, so the moonlight sadly may interfere during prime viewing time. So you may not see all the 50 to 80 predicted shooting stars per hour.

Where should I go?

In terms of location, get outside and stay away from city lights. Try to find an open area unobstructed by buildings and trees to give you the best view – which shouldn’t be too hard to find in Switzerland.

One great location would be Les Pleiades near Vevey in the canton of Vaud, which fashions itself as a star-spotting mountain with its ‘astropleiades’ educational trail. The summit should give an unobstructed view of the wide night sky.

Or book a night in one of Switzerland’s numerous mountaintop hotels or Swiss Alpine Club cabins and prepared to be wowed.

Tonight we watched the #Perseid meteor shower next to a vineyard in Rolle, Switzerland. Amazing! Zoom! What a show!

What should you bring?

The beauty of meteor-watching is that you don’t need any tools, your eyes are enough. And since this is Switzerland, don’t forget to take a warm jacket with you particularly if you’re at altitude.

To watch the sky in comfort, take a fold-up chair or a blanket so you can sit or lie down, because astronomy is a waiting-game. In fact, why not have a midnight picnic. Stargazing requires patience, so you might as well have something to do while you wait on the streaming lights to make their way to Earth.