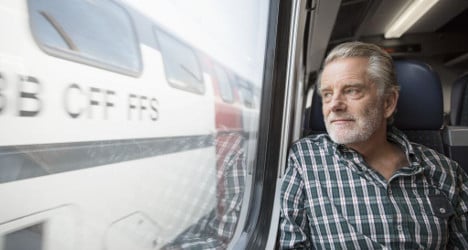 Quoting statistics from the International Union of Railways (UIC), the Swiss Public Transport Information Service (LITRA) said on Tuesday that each person in Switzerland travelled by train 59 times on average in 2015 – making them the most frequent rail users in Europe and second in the world behind the Japanese, who racked up 72 train trips per person.

Luxembourg came third, on 40 trips, followed by Denmark (34) and Austria (29). Sweden had the lowest train usage in 2015, with Swedes only taking the train on average three times in 2015.


The Swiss rack up more kilometres by train than anyone else. Source: LITRA/UIC

Switzerland is world-renowned for the quality and punctuality of its rail network.

But things don’t always run as smoothly as its reputation would suggest.

Rail services were temporarily suspended between Lausanne and Morges on Tuesday evening at around 6pm after a train hit a cow, said news agencies.

Trains between Geneva and Zurich and Lausanne and Zurich via Biel/Bienne were suspended for an hour.

Police had to remove the cow’s body from the line and catch another cow that had also escaped from a pasture.

Questions have been raised this week over security on Swiss trains after a knife and fire attack on a regional train that left one victim dead.