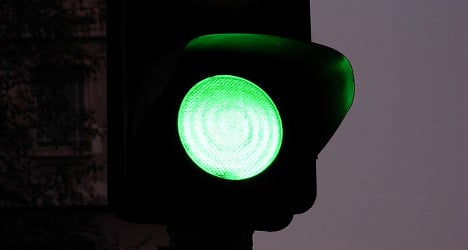 As one of the busiest stations in the country, Bern’s platforms and underground passageways become jammed with commuters in rush hour.

To try and streamline pedestrian traffic, in June SBB introduced yellow lines and arrows on the ground to guide people along a set path in the station. But now it’s going further and trialling traffic lights, according to daily 20 Minuten.

Red and green lights have been installed on the walkways up to platforms 3 and 4 in order to trial the idea, the paper reported on Tuesday.

If rail passengers obey the signals, those walking up to the platform will be separated from those descending, therefore streamlining the flow of people.

A spokeswoman for SBB confirmed the trial, saying they are still in a preparation phase but that the lights would be introduced in October on platforms 3 and 4 only.

Speaking to The Local, Donatella del Vecchio said the trial was part of a larger canton-led project aiming to develop Bern station with a view to increasing its capacity.

Various systems will be trialled to try and improve the flow of people in a station which “can be chaotic,” she said.

“The English respect queues but the Swiss don't really,” she said.