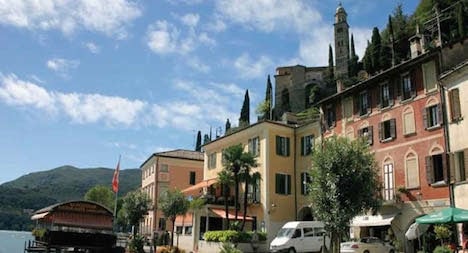 Morcote is next to Lake Lugano. Photo: ticino.ch

More than 31,000 Swiss took part in the competition organized by the country’s four public television stations and the magazines Schweizer Illustrierte, l’Illustré and il caffè.

Out of 12 finalists, Morcote won hands-down, Blick reported. The runners up were Ardez in Lower Engadine, Binn in Lower Valais and St Ursanne in the canton of Jura with its medieval centre.

Situated a few kilometres from Lugano, the village of 770 inhabitants belongs to the appropriately named Paradiso administrative district.

Morcote’s deputy mayor and chairman of the local tourist organization, Andrea Soldini, told the paper he was delighted but not really surprised at the decision.

“Morcote is really special; there is something for everyone,” he said, reeling off attractions including a lakeside location, beach and botanical garden.

He said the village planned to celebrate its success with a big party.

The most beautiful village competition has been going since 2011. Until 2014 it was limited to western Switzerland.

Last year’s winner was Soglio in the canton of Graubünden, and in 2014 the canton Fribourg village of Gruyères scooped the prize.